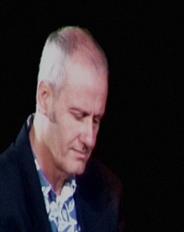 He has worked in TV, Film, and Theatre and mainly in the field of Jazz specializing in Brasillian jazz.

His Band Sirius B, have released 6 albums, and played at the Montreux Jazz festival.

His classical compositions are published by BRS Music.

He has worked on Cruise Ships since 2008, and is now Musical Director for P&O UK.